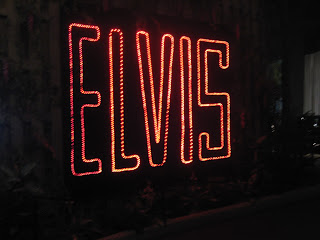 Today being 16th August 2017 I thought it apt to post this chapter from 'Taking Candy from a Dog'. Forty years gone, but ELVIS remains the king. TCB.

The First Night of the MIC Club

In January 1982 I was still at school half-heartedly studying for A levels, which I would sit in June 1983, with no idea at all what I would do after that. But I was in a band. This was purely by virtue of owning a drum kit. I had only a basic grasp of what I was meant to be doing with it, but it was enough for me to be a member of the Rubberman 12 (pronounced Rubberman Dozen); a trio with my pal John Gawen on bass, plus singer/songwriter/guitarist Mike O’Halloran.

Mike’s main influences, courtesy of his older brother, were Todd Rundgren, Love, the Velvet Underground, The Jam, Orange Juice, Talking Heads and Joe Jackson. His songs would not have been out of place on the Postcard label; post-punk pop with a funky twang that just fell short of being twee. C-86 before its time, I suppose. The-Beatles-in-Hamburg it was not. John was a big Bunnymen and Bowie fan and I was mad on The Doors, Magazine, Vic Godard, Love, The Fall and Frank Sinatra. However, since that Christmas party, we had each endeavoured to see The Milkshakes and Prisoners as often as possible.


We had done a few gigs at parties and village halls over the previous year and were looking to start doing proper dates in proper venues. On Sunday 28th February we turned up to watch the Prisoners at the Red Lion in Northfleet. It was one of the rare dates in those days where the Milkshakes were not playing with them as the two bands used to gatecrash each other’s gigs as a readymade double bill. The Prisoners were now no longer a trio, Jamie having joined them a month earlier.

Was it Oscar Wilde who once said; "There is only one thing in life worse than having the internet, and that is not having the internet"? Perhaps I'm getting him mixed up with someone else. But, were it not for the internet the following little tale would never have happened and, naturally, you would not be reading it now. 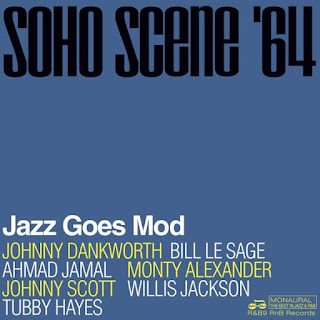 On April 8th last year, my wife Debbie and I celebrated our wedding anniversary with a glass or two of wine in our favourite Hastings wine bar before heading to a nearby pub to see our friend Wendy DJ to a packed crowd of boozy dancers. Wendy introduced us to her friend Merrill, visiting Hastings for the weekend, who said she would soon be moving to the town. After congratulating her on her choice of location we chatted and, as it is the 21st century, became Facebook pals the next day.

The following Saturday I took the trouble to queue for the first time for Record Store Day. The wonderful Soho Scene series of jazz albums was releasing its 1964 edition and I didn't want to miss out on a copy. Disc secured, I headed home to listen to it. It was up to the same high standard of the others in the series, but one track in particular grabbed me. When I say grabbed me, I meant it entranced me; 'Times Two and a Half' by Bill Le Sage & the New Directions in Jazz Unit. 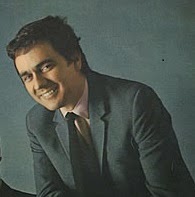 Dudley Moore would have been 80 today (19th April). Best known to the masses for his partnership with Peter Cook and his brief stint as a Hollywood A-lister, the comedian, actor, writer and ‘ladies’ man’, his greatest talent was as a pianist and composer. Shamefully overlooked and under-commissioned, I know I'm not the only person to regard him as the finest musician at work in Swingin’ London.

Classically trained via an Oxford scholarship, he entertained the somebodies at Cook’s Establishment Club and the nation via his customary tune or two on ‘Not Only but Also…’ with his jazz trio. If only he’d been given more film work, for his soundtracks for Bedazzled, 30 is a Dangerous Age, Cynthia and Staircase are the works of a maestro and, heck, it’s overused so as to become almost meaningless, but he really was something of a genius.

1. Rupert’s Romp –From the 30 is a Dangerous Age film, this piece is not on the soundtrack album, and to the best of my knowledge has never been released in any format. I am obsessed with everything about this 166 second clip – the colour, lighting, camerawork, the interplay between drummer Chris Karan & Dud, Karan’s playing, the customer giving Dud the ‘ok’ seal of approval, the maitre d’ doing a little soft-shoe-shuffle causing the girls to giggle, Dud at his most handsome with a sunshine smile, and of course, his phenomenal playing in the manner of his hero Erroll Garner.


2. Bedazzled –Judging by Dud’s threads and barnet this dates from 2 or 3 years after the film. I can’t think that Barry, Mancini or Bernstein have ever come up with anything better for a film score. The soundtrack contains four arrangements on this theme – Main Title, The Millionaire, Lilian Lust & Cook’s piece de resistance (see No.3).


3. Bedazzled by Drimble Wedge & the Vegetations –The first post-punk record? Lydon has acknowledged this as an influence on a Pistols’ song (he couldn’t recall which), but its sound is futuristic orchestral psychedelia with Cook’s monotone delivery leaving it sounding like little else until Broadcast came along.

4. Waterloo –Not dissimilar to my cloth ears to Rupert’s Romp. This track appears on the 1971 Today album, though this clip features bassist Pete McGurk, who tragically committed suicide in June ’68.

5. Amalgam – The outstanding track from 1969’s imaginatively-named Dudley Moore Trio album. I swear I’ve seen a tv studio clip of this but cannot find it.

6. Song for Suzy – Got that heavy bass sound and early 70s optimism (where did that go?) not unlike the pop vibe of Blue Mink. Also from the Today album & introduced by Roger Whittaker. Dig!.

7. The Detective –Truly showing his skill and versatility this is unlike anything else in Dud’s canon and is from the 30 soundtrack. A moody noir orchestration reminiscent of Elmer Bernstein’s great works; Staccato’s Theme and Walk on the Wild Side. Stunning.

8.The Staircase – From his score for the long-forgotten film, which never got a soundtrack release, (can you hear me Jonny Trunk?) but rescued to close the Today album.Exquisite piece of bachelor pad bossa.

9. Hello Sailor – Another from 30. This was renamed Morning Walk for the American soundtrack. I love the jaunty sunniness of this. Has a sound not unlike the work Bowie did with the likes of Arthur Greenslade at the time. Is that an ocarina?

10. Waltz for Suzy or Sooz Blooz, GPO, Italy, Moontime, The Look of Love, Just in Time…How can I pick just one more? Lose yourself on Youtube or pick up a secondhand vinyl. Actually, I can. This disappeared from Youtube for a while, so enjoy it whilst you can. How about this for 24-carat A-List Saturday night entertainment even if Cass doesn't quite seem to 'get' Dud's sense of fun.

A Tribute to the Great Gerald Wilson 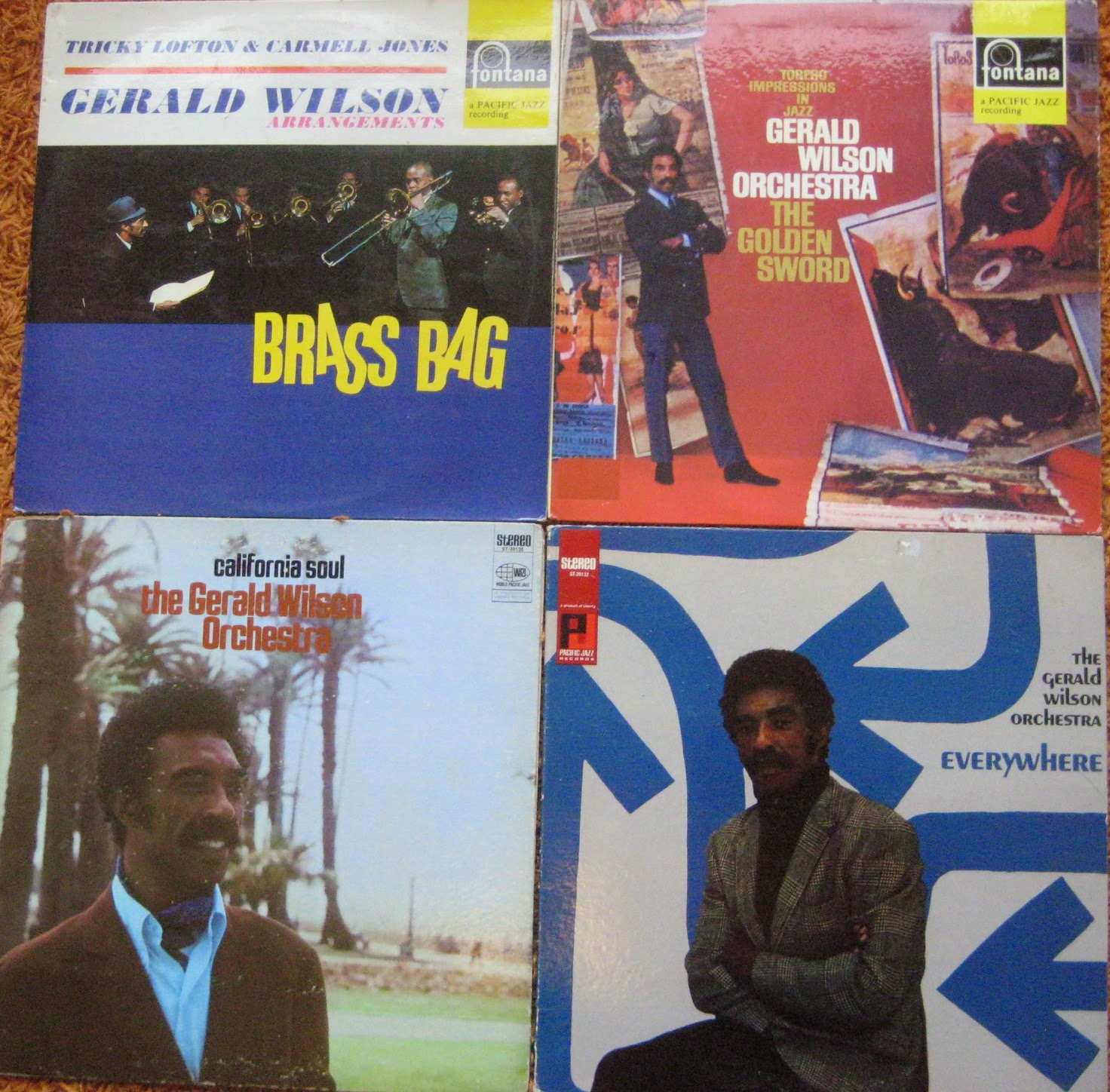 For me, it all began about two or three years ago when a good friend with peerless taste, Jo Wallace, pasted a version of Light My Fire on her Facebook page. I'm a sucker for this song, loving Tony Hatch's, Erma Franklin's and Shirley Bassey's takes on it, as well as the original. This one though, was something else. This was so far up my street you'd need to pack a flask and sandwiches if you had any desire to reach it. The Gerald Wilson Orchestra. Gerald Wilson? Never heard of him? No, I hadn't either.